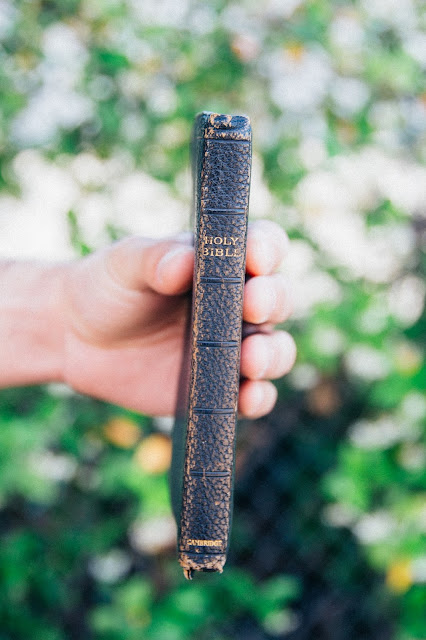 All Scripture is given by inspiration of God, and is profitable for doctrine, for reproof, for correction, for instruction in righteousness, that the man of God may be complete, thoroughly equipped for every good work.
2 Timothy 3:16-17

And you shall know the truth, and the truth shall make you free.
John 8:32


As part of a written interview, my son was recently asked to state his favourite book and summarise its key messages. Below is his answer.

For my favourite book, I would put forward the Holy Bible, the Scriptures of the ancient Jewish and the Christian faith. The reason is that I believe that the Bible authentically documents the highest form of truth. All reality is centred around, and is under subjection to, a single Being who reveals Himself as “I AM” (Exodus 3:14).

The Bible does not merely consist of stories having no logical grounds or reason to believe them. Its stories are set within a real historical and geographical framework, and there is much evidence in support of its historical veracity. Tours of the British Museum, for example, are conducted, in which participants view discovered artefacts which vindicate historical claims found within the Bible. There is also overwhelming evidence for Jesus’ historical existence and His resurrection from the dead (see e.g. Lee Strobel: "The case for Christ").

Some of the key messages of the Bible I believe are:


·         He is deeply involved with the people of His creation, being a God both of love and of judgement.


·         God initially created the world to be perfect. In His own words, it was “very good” (Genesis 1:31). However, the first parents of mankind, namely Adam and Eve, sinned against God. As a result of the event of their sin, the whole creation became corrupted.


·         Since the event of Adam’s sin, all humankind has become sinful against God by nature, and no person is without sin. Nevertheless, God is a merciful God who is willing to forgive people of their sins.


·         God, even from before the creation of the Universe, has had a Son who is one with Him in divinity (that is, Godhood). Furthermore, emanating from God is His Spirit, who is also of that one divinity (Godhood) which is of God and of His Son. Thus these three distinct persons – God the Father, His Son and His Holy Spirit – are yet one God. This mystery has been termed by early Christians, “the Trinity” (though this term is not itself found in the Bible).


·         The divine Son, in obedience to His Father God and in love for humankind, took on human flesh, being supernaturally conceived in the womb of the virgin Mary, in order to be the formerly-prophesied Messiah/Christ (which means “Anointed One”). He was given the name, “Jesus”/“Yeshua”. He lived a perfect sinless life, He taught, He performed miracles, He was crucified, died and was buried. On the third day He rose from the dead, and later ascended into Heaven.


·         On the cross, Jesus though inherently innocent, bore people’s sins and suffered the resulting curse, in order to enable people to be forgiven of their sins without leaving the due justice for sin unsatisfied.


·         All people are commanded to repent, and with full embrace, believe upon the Lord Jesus Christ. In Him is eternal life, which begins in this life and continues beyond physical death, and outside of Him is condemnation, which will be eternal for those who reject the call up until death.


·         Those who receive Christ are then accepted by God to be His children, they are sealed with the Holy Spirit, and they are called to live in obedience to God and in love towards God and towards other people.


·         Jesus will one day descend again from Heaven to earth in great power.


·         There is coming a Day of Judgement, followed by a New Heavens and New Earth for the dwelling of those whom God has justified. Those whom God does not justify will be cast into the Lake of Fire.

In reading the Bible, my heart is captivated for the pleasure of relationship with God through Christ, and my mind is captivated to consider the high mysteries of God.

If you were asked the same question, what would be your favourite book and why?