Ours the Cross, the Grave, the Skies! 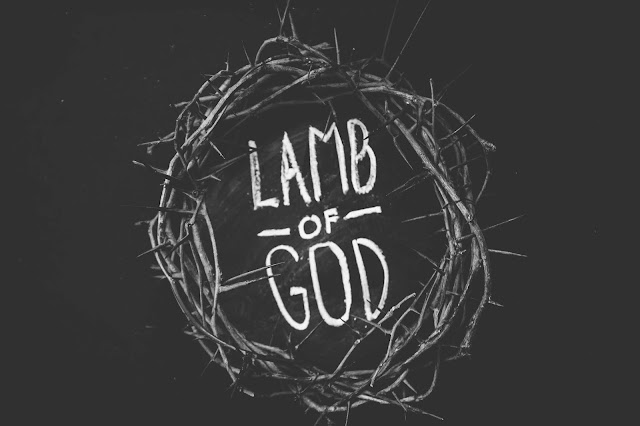 
If anyone desires to come after Me, let him deny himself, and take up his cross, and follow Me.
Matthew 16:24


I have been crucified with Christ; it is no longer I who live, but Christ lives in me; and the life which I now live in the flesh I live by faith in the Son of God, who loved me and gave Himself for me.
Galatians 2:20

Therefore we were buried with Him through baptism into death, that just as Christ was raised from the dead by the glory of the Father, even so we also should walk in newness of life.
Romans 6:4

A verse in a particular Easter hymn reads:

Soar we now where Christ has led, Alleluia!
Foll’wing our exalted Head, Alleluia!
Made like Him, like Him we rise, Alleluia!
Ours the cross, the grave, the skies, Alleluia!

"Ours the cross, the grave, the skies, Alleluia!"

I have been crucified with Christ; it is no longer I who live, but Christ lives in me; and the life which I now live in the flesh I live by faith in the Son of God, who loved me and gave Himself for me.
Galatians 2:20

To all who profess to be Christian, including myself: are you willing to sever allegiance to a life of your own, letting it be given up to death? This, in recognition of the unholiness and unworthiness of your own life? Consider this also, especially in contrast to Christ's holiness and worthiness yet sacrificial death. This is not to leave you with no life at all, but rather to embrace the life which is yielded up to God and Jesus Christ - life in its truest sense.

While I recognise imperfection within the Christian life and falling short from 100% continuous victory in the Christian's war, nevertheless, if at the fundamental level, your answer to the above question is "No", then please consider the following scriptures:
If your answer remains settled with something like, "No, that's a bit too extreme" - then sad to say, this is an indication that you are not really Christian, and not currently on your way to Heaven. Not that you necessarily must fully understand these passages, but at the very least, they ought to challenge your "No". (In the case of "hating" in Luke 14:26-27, perhaps consider it akin to "forsaking all others" in marriage vows.) Christ only offers to you a union with Him which includes union in His death and resurrection.

Let’s remember: Christ, though the righteous one, bore the hard task of the cross, namely the curse due for sin, and made complete atonement. The Christian, though the unrighteous one by Adamic nature (yet legally pronounced righteous in Christ), bears the easy role in the cross - not as a means of atoning for his/her own sin, but as a recipient of Christ's atonement for his/her sin. Whereas Christ sweat drops of blood (or what was like drops of blood) on account of what was due His way, the Christian need not sweat for fear at the prospect of taking up the cross. Nor need the Christian sweat for toil at the "burdensome task" of mortifying the flesh, rather "My yoke is easy, and My burden is light" (Matthew 11:30). And in speaking about the hard task and easy role, it is not as if these are "partial portions" of the cross, like 90% and 10%. Christ bore the cross in full, and the Christian's role in bearing the cross is simply part of "soaring now where Christ has led".

It is not down to the Christian's own power to mortify the flesh. Rather, believe upon the Lord Jesus Christ, in acknowledgement of His sacrificial death and glorious resurrection. Believe, with embrace of the things entailed in Christ for you, over and against all that is contrary to righteousness. As a result, being in Christ, with forgiveness of sins and justification, the miracle of the mortification of the flesh is being worked by God. This flesh can be defined as a person's being (in particular, his/her body), as yielded to the fallen realm of itself rather than yielded up to the holy realms of God.

I ought to clarify though, that living out the flesh-crucified life is not trivially easy. There is a WAR (Galatians 5:16-17, Hebrews 12:4) and a conscious engagement on the part of the Christian. But it is one that is eased by the fact that if we belong to Christ, then we have the grace of God on our side.

Finally - and don't fear if you don't quite understand this at the present time, but allowing the Lord to teach you in due time as He wills: being joined to Christ in His death and resurrection, we rise high - even above the clouds [figuratively speaking] beneath which the reign of Sinai is fitting (Romans 7:1-6, 2 Corinthians 3, Galatians 3:22-4:7, Galatians 4:21-31, Hebrews 12:18-24). Yet above these figurative "clouds", the words of Sinai are, perhaps I may say, unmodified nevertheless transfigured in accordance with the fulfilment of all things in Christ, and in accordance with the grace of His New Covenant (Matthew 5:17-18, Luke 16:16-17, Romans 3:31, Romans 8:4).

[In case anyone may be concerned not to fall into spiritual danger in light of some of the scriptures quoted in the above paragraph, I’d say the most essential things to be aware of are as follows:

For whom He foreknew, He also predestined to be conformed to the image of His Son, that He might be the firstborn among many brethren.
Romans 8:29

Soli Deo Gloria - To God alone be the glory!